Policy in the Pub: Are Economists Using a Sound Welfare Economics Foundation for Infrastructure Regulation and Competition Policy? 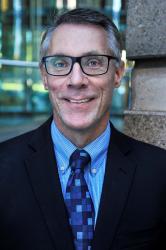 Regulatory policy and competition policy are fundamentally based in welfare economics – in particular the concept that policy should seek to maximise the sum of producers’ surplus and consumers’ surplus. This concept can be found throughout the economics literature and in many policy reports. But is this the right framework to apply?

The key problem is that consumers’ surplus and producers’ surplus are static concepts which take the supply and demand curves as fixed and exogenous. In reality both producers and consumers routinely make ex ante sunk investments which shift the location of the supply and demand curves. Good public policy involves taking actions which not only maximise the gains from trade ex post but which maintain the incentives to invest ex ante.

These ideas are, to an extent, already well recognised in the regulatory policy literature, but that literature focuses only on the sunk investments of the regulated firm. Several recent papers point out that there is a need to also take into account investments upstream or downstream from the regulated firm. Doing so leads to policy prescriptions which are closer to what policymakers, competition authorities, and regulators actually do, and more likely to promote overall economic welfare.

Dr Darryl Biggar is the Special Economic Adviser (Regulatory) at the Australian Competition and Consumer Commission (ACCC) and the Australian Energy Regulator (AER). He provides advice on a range of competition and regulation matters, especially relating to the design of markets and regulatory frameworks in the energy sector. In August 2014 Wiley published his textbook (with Mohammad Hesamzadeh) on The Economics of Electricity Markets. He has also published in a number of economics and engineering journals, including IEEE Transactions on Power Systems, Energy Policy, and the Journal of Regulatory Economics. In 2010 Dr Biggar won the inaugural distinguished scholar award from the International Confederation of Energy Regulators.

Prior to working at the ACCC, Dr Biggar was as an economist with the Competition Division of the Organisation for Economic Cooperation and Development (OECD). He has also worked for the New Zealand Treasury and as a Lecturer in Law and Economics at University College London.

Darryl has a PhD in Economics from Stanford University and an MA in Mathematics from Cambridge University. He is originally from New Zealand.