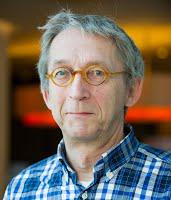 Young people often have great expectations about their future. They may have a wonderful partner, a nice group of friends, a stimulating job, a challenging career ahead and excellent health. As they grow older, people may find out their life is not as great as they thought it was when they were young. Their wonderful partner has left them, their group of friends is scattered, their job is slightly disappointing, their career path has reached a dead-end at a lower level than expected and physically they start feeling a bit uncomfortable with small pains in certain parts of their body and sleepless night are no longer rare events. The great expectations do not change overnight. It is a gradual process. The seminar focuses on people in their later stage of life and describes their work, health and happiness using data from Australia, Netherlands, United Kingdom and United States. The seminar concludes with a short description of two case studies based on Dutch data. The first study shows the relationship between old age and health, happiness and loneliness. The second study shows how retirement affects health and happiness of single and partnered men and women.

Jan van Ours is professor of applied economics at Erasmus School of Economics, Erasmus University Rotterdam, the Netherlands. He is also professorial fellow at the Department of Economics, University of Melbourne, Fellow of Tinbergen Institute, IZA fellow and CEPR Fellow. Jan van Ours studied mining engineering at the Technical University in Delft and economics at Erasmus University Rotterdam, where he also got his Ph.D (1986). He has published in journals like American Economic Review, Journal of Political Economy, Review of Economic Studies, Journal of Labor Economics, Economic Journal, European Economic Review, Journal of Public Economics, Journal of Health Economics, and Health Economics. In 1996 he was awarded with the Hicks-Tinbergen medal of the European Economic Association (joint with Geert Ridder). In 2009 he was President of the European Society of Population Economics. From 2011-2014 he was President of the European Association of Labour Economists. His current research is on imperfect labor markets, health, cannabis use, happiness and soccer.