Policy in the Pub: Money in Retirement - will we have enough? 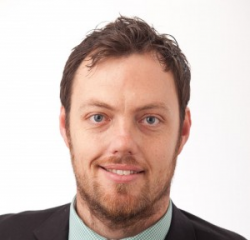 Money in Retirement: will we have enough?

The conventional wisdom is that Australians don’t save enough for retirement, and many older Australians live in poverty. But is that really the case?

Retirees are less likely than working-age Australians to suffer financial stress such as not being able to pay a bill on time, and more likely to be able to afford optional extras such as annual holidays.

And many low-income Australians will get a pay rise when they retire, through a combination of the Age Pension and their compulsory superannuation savings.

But the retirement incomes system is not working for some low-income Australians, especially those who rent.

Join us for Policy in the Pub to hear from Fellow Brendan Coates on Grattan Institute’s latest report on retirement incomes.

Brendan Coates is the Australian Perspectives Fellow at the Grattan Institute. His research focuses on tax reform, economic and budget policy, retirement incomes and superannuation, housing, transport infrastructure and cities. Before Grattan, Brendan worked as a macro-financial economist with the World Bank in Indonesia and Latin America, and prior to that, he undertook a number of roles with the Australian Treasury in areas such as tax-transfer system reform, financial and commodities markets analysis and macro-economic forecasting, including as part of the Treasury’s China Policy Unit. Brendan holds a Masters of International Development Economics from the Australian National University and Bachelors of Commerce and Arts from the University of Melbourne.