Policy in the Pub: Can Melbourne remain a liveable city? 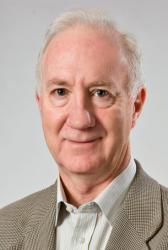 Can Melbourne remain a liveable city?

This month’s talk is from Michael Buxton, Professor Environment and Planning at RMIT University, who will ask whether Melbourne can remain a liveable city given its rate of growth and projected population and area.

Melbourne has been named the world’s most liveable city by the Economist magazine in recent years, although it fares less well in ratings by other agencies. Melbourne is undergoing rapid and fundamental transformation into a high rise city coupled with some of the world’s most extensive urban sprawl. It is projected to reach a population of eight million people by 2050. The talk will investigate whether Melbourne can continue to function effectively under this scenario or whether it will decline into dysfunction; it will also investigate what alternatives exist and analyse the effectiveness of current policy and governance settings.

Michael Buxton has 35 years experience in environment and planning in Victoria at local government, regional authority and state government levels, and at RMIT University, including 12 years in senior management with Victorian Government Planning and Environment agencies. He formerly led the Victorian environmental agency, the Office of the Environment, responsible for advising the government on cross-sectoral planning and environmental policy. He has extensive experience in policy development at international, national, state and local levels.

He has been a member of many government committees including his position as former chairperson Premier’s Green Wedge Working Party which advised the Victorian government on the introduction of a legislated urban growth boundary and revised green wedge zones for Melbourne’s green belt.

He has led or contributed to 20 major consulting projects on international and national projects, has published over 80 refereed journal articles and conference papers, book chapters, and monographs, and a large number of other conference papers and publications on planning and environmental matters, and has been Chief Investigator or a member of 20 major research projects.

The evening is being held 5.30pm Wednesday 19 July 2017 at the Kelvin Club 14-30 Melbourne Place, just off Russell St. There will be drinks and nibbles from 5pm for those who can get there a bit earlier.