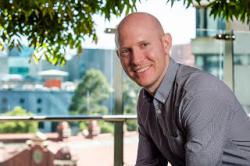 An efficient waste of time? The economics of hospital emergency department waiting times

How can public service providers ration services where they are provided free of charge? In the absence of the price mechanism hospital emergency departments rely on waiting times, alongside prioritisation, to restrain demand and clear the market. Waiting times reduce demand for care by increasing the opportunity cost to patients of seeking treatment, leading to a downwards-sloping demand curve. On the supply-side, hospital EDs often face incentives to meet performance targets, including keeping waiting times below some predetermined thresholds. This gives hospitals the incentive to increase the speed at which they treat patients when waiting times are high. In this talk, Peter will summarise some of hi recent research on the economics of hospital emergency department waiting times using data from Victoria. Peter will also draw parallels with waiting times or administrative delays in other public service contexts.

Peter's research interests centre on the economics of healthcare markets.  He is working on research projects including hospital waiting times, hospital competition, doctor pricing and market entry. His wider research interests include multinomial choice models, microeconometrics, and microeconomic theory applied to healthcare markets.  He regularly engages in the policy debate in Australia, particularly through opinion articles on The Conversation. Peter has a PhD in Economics (2009) from the University of York, UK.